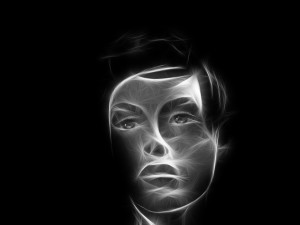 If you were told, “Today is World Mental Health Day”
What’s That?” You might ask.

Yes, that is the kind of indifference this serious issue is treated with in these parts of the world.
Whereas we have reams of articles including double spreads on respective days for Heart, Diabetes or Cancer, we must ask ourselves, why are we turning our backs on Mental Health?

If you think, “Oh, it is probably not significant enough to merit attention” or “The number of people affected might not justify that kind of spotlight”, you would be widely off the mark on both grounds. ‘What you don’t know about cannot harm you’ is hardly the attitude we can afford to adopt.

Numbers can be boring but in this case they are alarming! Depression is the leading cause of disease in the world and hold your breath, 350 million people of all ages suffer from it. It has now become a global burden and can lead to suicide. The WHO estimates that by year 2020, depression will be the second biggest cause of lost healthy years. 20% of the world’s children and adolescents have mental disorders. Schizophrenia affects 21 Million people worldwide.
(all data from WHO site).

Bipolar Disorder (BD) affects 60 Million people. What is BD and why is it so serious? BD is a debilitating Mental Illness, which although treatable, has no known cure. A Mood Disorder, the person afflicted by it goes through extreme swings of mood from manic highs plunging to lows (depression) with periods of normalcy in between. It is treated mainly with Mood Stabilisers, Anti Depressants and Antipsychotic drugs as the condition might warrant. In most cases, these medications need to be taken over one’s lifetime.

Let us look at the macro environment first. Since this article is primarily aimed at raising awareness in India, let us look at India stats. Officially, the prevalence figure is an unbelievable 0.1% of the population as against the global average of 1%. This can be attributed to lack of awareness, poor reporting, low diagnosis and stigma. To elaborate, India has a mere 7000 practicing Psychiatrists! The stigma is so stifling that people do not talk about their symptoms even to close relatives. Going by the more realistic global rate, we are talking about 13 Million Bipolar afflicted in India!

Poor medical facilities, inability to afford treatment and stigma are the greatest barriers that prevent recovery. We must address these shortcomings on a warfront to  reduce suffering of not only patients but families along with them.

Let us shift from the realm of macro to a story more relatable. A human story, my story. It was the 23rd of May, 2003, when my life changed forever: I was diagnosed as suffering from BD and as I was in a Manic phase at that time, my Psychiatrist advised immediate hospitalisation. This led to a week of being grounded at Holy Spirit Hospital in Mumbai. It was a period straight out of the horror movies.

Before I was diagnosed, I had been suffering from moodiness which we could not identify as any serious threat although my sister had noticed that something was seriously out of place. During one of my lows, my Physician put me on antidepressants (uppers). Now, this can be disastrous for a Bipolar and it sure turned out to be so for me. From a low, I hit Hypomania (a toned down version of mania) and then to full blown Mania, where I virtually lost touch all with reality. 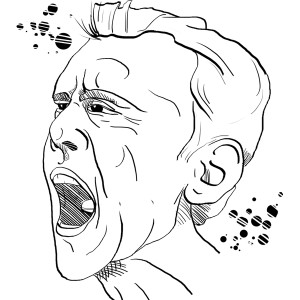 What happens during Mania? It is characterised by an overly optimistic belief in one’s abilities, excessive energy, restlessness, intolerance, indiscretion which can lead to substance abuse, promiscuity and reckless behaviour. Judgment is severely impaired at such times. In a real life scenario, you can well imagine the frightening possibilities…

Well, I realised that I was neither Superman, nor did I have all the solutions for the world, which I proudly claimed when in mania. The landing on ground zero can be harsh, crushingly so. It was a blow I took years to recover from. I kept brooding about how could I have been so foolish? My business colleagues and friends must be laughing behind my back! Yes, I was a fairly successful entrepreneur with a reputation to uphold and my concern was that it was now in tatters. A business succeeds or fails first in the mind. We wound up the enterprise created over fourteen years of toil within six months of my diagnosis.

This was a death blow to me, beyond merely its financial ramifications. With my business gone, so was my confidence. Environmental factors play a big role in dictating moods of a bipolar. I found it very difficult to haul myself out of my never ending depression. Days so bad when I slept for fourteen hours a day and still felt tired, met nobody and had no motivation to do anything whatsoever.

How did I cope and dismantle the challenge then?
By nature, I am inherently not just a survivor, I am a believer. I managed to look at the bigger picture. I had battled with life threatening Asthma for decades and have easily lived with it: that has made me resilient and resourceful.

I began with the end in mind: that I would make it, come what may!
I am very disciplined in such matters. This can be a make or break attitude because a majority of Bipolars either don’t seek treatment or quit midway. I diligently adhered to my medication and believe me, that’s not easy to do, because the side effects are nasty. Initially my hand tremor was so bad I could not sign a cheque. Daytime sleepiness, lethargy, a groggy feeling, headaches, hypothyroidism, impact on my liver…my cup of sorrow was full.

My will power was fortunately stronger than my challenges.
Medication alone can rarely bring on the desired peace of mind in serious mental illnesses. I had been practicing yoga and meditation many years prior to the onset. I began devoting 90 minutes each morning to these sessions. Modern science now conclusively proves what ancient wisdom always told us: that Yoga is beneficial for overall wellness. Recent research has some exciting findings which bring hope to people like me. Meditation, can actually rewire the brain! The scientific term for this is neuroplasticity. My Psychologist claims that this is one of the key contributors to my remarkable recovery. 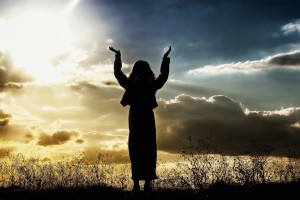 Exercise, sensible and nutritious eating, regular sleeping hours are other elements that complete my routine. What binds all this together? A loving family, supportive friends and exceptionally kind Mentors have helped me in my Journey. I must thank God for being so fortunate. Aha!

Talking about God, He is biggest source of my courage, my determination and belief.
A belief that tells me, if You have given me life, You will help me find a way too.

So, coming to theme of the article.
What does this Day now signify to you?
Do you feel that every Indian must pitch in her or his own way- be it by spreading awareness, helping a friend smile, being vigilant? Or even by sharing this article on your Social Media account… see, it takes very little.

As the tagline for my online community Bipolar India goes,
Let’s Walk Together

NB:
This Write Up is the first of the Fortnightly Columns that I am writing for DNA India (a National newspaper), probably the first time mainstream media has generously allotted a column dedicated to mental health and wellness.

Yes, our voices are being heard…
Slowly but surely, awareness and support is growing.