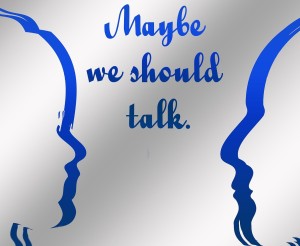 The first thing that hits one after mental illness strikes is stigma. Serious mental illnesses such as Clinical Depression, Bipolar Disorder, and Schizophrenia are physical in nature because the neurochemistry of the brain is involved. The element of psychological damage comes in because of the emotional upheaval caused. Stigma is often the last straw on the camel’s back. Isolation virtually cuts a person off from the outside world. Withdrawal damages the already battered spirit of the person.  In a closed society like India, it affects the family also because of the shame associated with it.

My own journey has made me realise that Stigma is of two types:
– External (which we most often associate it with)
– Internal (Our sense of inferiority, shame and worthlessness)

Poor awareness in developing nations gives power to stigma.
That’s because the mentally ill are looked upon as ‘insane’ irrespective of the extent of their ability to function normally. We might also be perceived as threats by others. (The paradox is that the most gruesome, blood curdling crimes have been committed by criminals without  any mental health history or people from all walks of society). The cause of the crime could be revenge, passion or usurping wealth and little to do with mental illness. Of course, in countries like the U.S.,  things are vastly different.

Internal stigma mirrors the cruel discrimination faced in the outside world. It snowballs with the afflicted person internalising it and acts as a double blow. To illustrate this, a depressed person needs all the encouragement and support she can get. The way she is treated by those in her circle (family, friends, colleagues) and outside it (community) is very disturbing for her.
“You must shrug this off! How long are you going to be hiding behind this mood thing of yours? Look, it’s all in your mind. Venture out, be active and see the difference it makes to you. There are people around us with far bigger challenges who haven’t allowed their problems to overwhelm them.”

Now I must have heard this refrain so many times from so many “well meaning” people who know nothing about any serious mental illness, its crippling impact and nor do they bother to find out about it. This increases her misery by making her believe that she is not trying hard enough and she is at fault. The mountain of guilt engulfs her and plunges her into deeper depression.

How can we get rid of this vicious circle?

1) Peer Support Groups: hugely popular abroad, patients interact with each other on a regular basis. They are present in both online and offline forms. While online offers privacy, convenience and massive reach, offline binds the group together by empathy, understanding and the members begin inspiring each other. In a more evolved form, care givers are taken also onboard. It was a moment of great joy for me when we at Bipolarindia were able to conduct our first offline meet in November. These will be held on a monthly basis, beginning with Mumbai and maybe we could build synergy with groups elsewhere or guide them in their set ups. Even more exciting news coming up on this front! 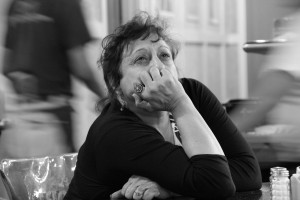 2) Our reaction to Stigma: It has taken me a decade to realise that expecting the world to change for me, for people to be sensitive and empathetic all the time is living in utopia. I want to ask the reader. Are we the only ones who face stigma and discrimination? In a nation where everything from gender, caste, economic background to more taboo areas such as sexual preferences, HIV or leprosy have becomes a cause for isolation, who am I to complain? I must develop the wherewithal to deal with apathy, criticism and discrimination in all walks of life.

3) Self Worth: A collapse of business, sacking from a job and unemployability due to mental 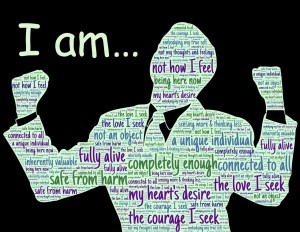 illness, are what impact a family overall. It undermines confidence and enhances worthlessness.  There, I’d believe, those suffering have very little control over the sorry situation they find themselves in. I see an opportunity here. We live in an era of innovation. Startups with Social objectives at their core have mushroomed. How about one dedicated to create jobs/careers for those facing mental health challenges (fifty million upwards in India)? I think what would work the best is a work-from-home online model. Even if earnings of individuals are modest, it has a multiplier effect not only on the family economy but the nation’s growth. Psychologically, the individual is then empowered because he no longer feels he is a burden. Feeling worthwhile is a basic human need.

As far as awareness is concerned, I again have to thank Team DNA  for amplifying the voices of not a minority but a community which outnumbers many a nation’s population!