A sullen, withdrawn child to begin with, my personality lent itself well to depression.
From what I can remember, or more correctly, can now identify as depression. Genetics had charted out plans for me: my father had been afflicted by a serious mental illness which was never diagnosed back then. Environment played an able ally to my predisposed DNA faultlines. I was doing fairly okay at High School in a then tiny town called Vasai, near Mumbai. It took vicious and persistent bullying to upset the fragile applecart. 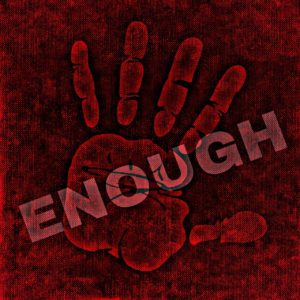 I was cowardly by nature and generally kept things to myself and thus nobody at home got any wiser about the impending storm. The bullying got to me one day and I just stopped going to School, that too in my critical tenth Board Exams year. I missed around a month of Schooling, which should have been a red flag for something seriously amiss.

I had deviously disguised my problem as my persistent asthma that prevented me from attending school. At that time I was also at the vulnerable age of fourteen, facing a flux of hormonal changes difficult to handle on its own. Now the added burden of an unidentified monster seemed to have taken a grip over my life.

The problem only grew when I entered College.
Being socially awkward made me stick out like 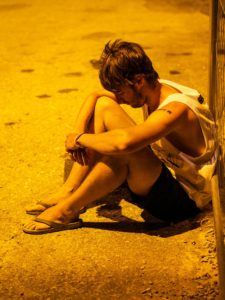 a sore thumb. This tormenting episode lasted for around a year, a year of sheer hell at a tender age. I recall certain psychotic tinges to my depression, so severe was it. I could not concentrate in my studies nor could I enjoy life. I used to loll around in bed most of the day, staring at the ceiling, my mind blank or full of morose thoughts. Meanwhile, I had built a reputation of being a first class hypochondriac in my family. Naturally, empathy to my suffering was not forthcoming, nor did anybody give it a second thought.

Almost exactly after a gap of one year (which was fortunately smooth sailing), depression struck again when I was sixteen. Once again, the symptoms were similar but there wasn’t any identifiable trigger this time around. If it was possible, maybe this episode was even more intense and disturbing. As I was approaching manhood, this was a blow to my self esteem and sense of identity: instead of being the man in the house, my elder sister Tejal seemed to be more assured and in charge of things.

Back then, there weren’t any Psychiatrists or Psychologists in Vasai who we could have approached to resolve my problem. That is, if we could have identified any! I remember a physician based in Mumbai passing my depression off as Vitamin B12 deficiency and prescribing me a series of shots for the same. Just wonder, just maybe, if only the monster had been nipped in the bud right then?

The last episode of depression in my younger years happened when I was twenty four.
This time it turned out to be extremely debilitating for different reasons. I was now assisting my uncle in our largish family business. My work responsibilities suddenly became a huge mountain to me…I felt so inept, my self esteem and confidence dived to a point of no return. Now things were no longer under wraps….there was something decidedly ‘weird’ about me. I could sense people smirking at my ineptness. Or was it my mind playing games? Thankfully, there was a lull after this. Fifteen years of a fairly smooth passage made me forget all about my illness. 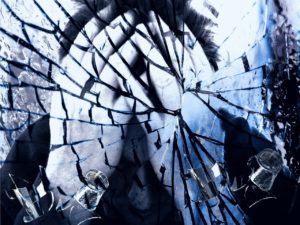 The calm before the storm?
My word, it was the mother of all storms. I didn’t realise when my behaviour showed signs of being ‘abnormal’, to put it mildly. Irritable, emotional, highly charged up, intense feelings, intolerance to anyone not agreeing with me, irrational and absurd ideas, excessive energy, bursts of crying…a long list of red flags which warned my ever alert Sis that there was a problem, big time. To give you an idea, I would be jubilant in the day and wake up sad in the wee hours of the morning. My Sis once found me sobbing one such night, as I was penning down a dark poem in jagged writing, a result of my trembling hand.

Tejal somehow managed to convince me and we met a Psychologist at Jaslok Hospital.
In a few minutes she cut me abruptly to say that it was not her case, we needed to see a Psychiatrist. Even as I blabbered continuously, Doctor told me that I suffered from a serious Mental Illness by the name of Manic Depression (as it was called then). A week in Hospital gave me a close look at hell, yes, that was how horrific it was at that time. Having been diagnosed during a severe manic episode, the return to ground zero was shattering as I dwelt on my indiscretions and silliness.

Since then it has been years (fourteen of them) of depression: mild, low or threatening. The only time I have had respite from it is when I briefly trended towards Hypomania twice during that period. Being a Bipolar Type 2 entails more intense and longer periods of debilitating depression.

You might find it curious that I call myself a happy and fulfilled man.
One’s challenges don’t 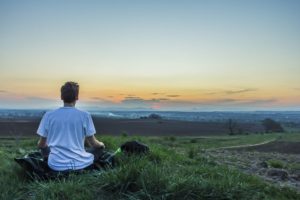 define the person, how one deals with them does. I have touched equilibrium…a mix of acceptance, philosophical approach, pragmatism and tons of patience.Exercise keeps my spirits high and a nutritious diet with adequate supplements is my fuel. Earlier it was hathayoga, now strength training at a Gym keeps me going. I still practice Pranayam and meditation which help calm me.

And definitely, from those agonisingly painful days, I have walked a long way.

And I didn’t walk alone either. Gratitude to my family, friends, Doctors and mentors for making it possible. And someone up there who is partial to me.

Therein lies my message of hope and inspiration for someone who is at the bottom of the seemingly bottomless pit.

Let’s Walk Together. Let’s Rise Together.