MDD distorts thought processes and alters one’s view of both one’s inner and outer worlds. It sets off a storm in the mind, the brain and indeed, one’s complete psyche – buffeting, pulling and pushing them about with mercurial winds of thought. The mind struggles to find that eye of the storm where it can rest till it all blows over.

Viewing everything through coloured glasses
In The Wizard of Oz, the American classic by L. Frank Baum, written and published in the early 1900s, Dorothy, the little girl, Toto, her dog, and her companions – the Scarecrow, the Tinman
and the Lion – reach the Emerald City. The Guardian of the Gates gives them glasses to wear, to shield themselves from the glitter of the city. Once they put on the glasses, everything in the city appears green. Only towards the end do they discover that the Emerald City is as fake as the Wizard. It is just a plain white city that looks emerald green because of the green glasses that Dorothy and her companions are tricked into wearing.

Now, just replace the ‘green’ with ‘black’, and there, you have the whole story of depression. The ‘fake’ Wizard called Depression tricks us into wearing dark, negative-tinted glasses, which change your thought processes and cause cognitive distortions. Biologically, it has been seen that there are alterations in the neural pathways responsible for thought processes and cognition in the brains of people with depression. These pathways occur in the prefrontal cortex of the brain. With an improvement in mood and changes in cognition from therapy and correctional behaviour, these pathways show changes again. 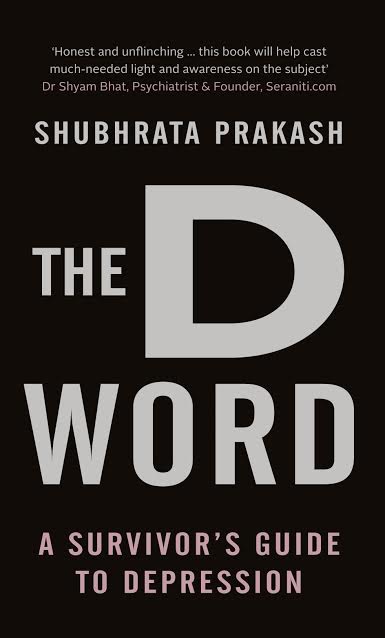 The negativity that you experience is not your fault.
It is because of the cognitive changes that everything seems so dark and bleak. And depression lies to you. It tricks you into believing that everything is black or white. It wipes away the greys from the natural colour palette of life. It causes anger, hurt and grief even when there is no real reason for any of it. It puts blinkers on your eyes and makes you refuse to see anything other than the negative things it wants you to see. It conjures up fearful images in your mind that make the useful humdrum of life appear like a horror movie. It magnifies your already present fears to chimerical proportions.

Erosion of self-worth
The worst toll that MDD extracts is on your self-worth.
It makes you feel like a failure in life. All your achievements seem worthless. You tend to overlook big successes and focus on small failures that now appear really big. You tend to compare yourself with people around you and always tend to see yourself faring poorly against them. Depression turns your rational sense on its head; you compare your biggest failures with other people’s biggest successes. . . and, what do you expect will be the result? Naturally, a feeling of worthlessness. You see everyone around you as doing well in life, except for you, the loser. And it is not your fault, remember, it is depression that is making you this way.

Worse, when you have been formally diagnosed with MDD, you think the world at large views you as a ‘nutcase’. Also, the immediate world cannot help you, crippled as it is with the stigma attached to MDD. As the visits to the doctor and the psychotherapy sessions start, as you are able to contribute less and less to the household and to your workplace, and as you also see your near and dear ones getting upset over your illness, it has a multiplier effect on your feelings of worthlessness, pitching you deeper into depression.

Living a dual life
Being under the spell of MDD leads to the feeling of living a dual life – by which I do not mean bipolar disorder, schizophrenia or borderline personality disorder. By ‘dual life’, I mean a life
characterized by the dominant dark haze of depression with lucid interludes of normal cognition. During the periods of clear thought, you remember your life pre-depression. You remember your basic personality of being a fun-loving, normal thinking person. But you are so different now, full of negativity and moping all day.

You can Buy ‘D Word’ on Amazon