We talk about diagnosis and treatment for those struggling with Mental Illness. The nature of the affliction affects the hapless person on even more fronts: earning a living and at a more personal level, it hits the stability of his or her relationships.

My interactions tell me that many bipolars find it a challenge to hold jobs- in fact one friend had to switch six jobs in six months!
This happens with quite a few others too. Among many such families, especially where the husband is very ill, the financial burden of running the show falls on the wife. While money, or lack of it, is one major stressor, the other is the dark shadow of unstable interpersonal relationships. Often, those affected spend most of their time figuring out how to make sense of life. Their troubled minds could well mean that others in the family get marginalised. Add to this other risk factors, namely, substance abuse and promiscuity.

It is outrageous to suggest bipolars or schizophrenics are promiscuous or irresponsible by default. However, especially where one is not under treatment, impaired judgment increases such tendency. I wouldn’t blame the partner if she or he feels betrayed if the spouse is cheating. 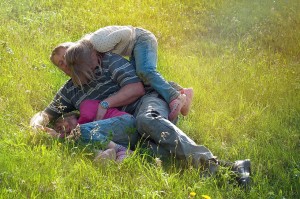 A conversation over phone brings these challenges to the fore.
Dipti, (name changed), a young married woman was referred to me by a friend who thought I could be of help. She had been recently diagnosed Bipolar and was in dire straits. She sounded terribly upset with her own behaviour which was totally out of character. She had an affair due to which her husband had abandoned their young daughter and her. Dipti could not understand how her behaviour could have changed so much that she had no control over herself whatsoever. The breakup at this juncture with her own fragile health and a daughter to look after…I could imagine her plight.
Her honesty and courage to reveal all this to a complete stranger amazed me! I suggested to her to firstly visit a good Psychiatrist as soon as possible and also to seek counseling. I volunteered to speak to her husband. There’s always hope, I assuaged her. The next time around that we spoke, she seemed a relieved woman. Thanking me, she said happily that her family was together again! Hats off to Dipti’s husband. Sensitivity and understanding of this nature is very, very rare. India needs many such men who really care for their partners.

Addiction, whether it is alcohol or drugs, is another problem area.
A friend of mine has stood by 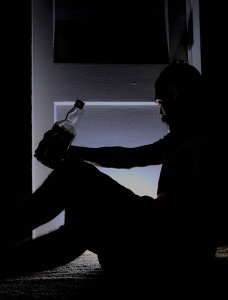 her husband’s wild behaviour for many years. It is one thing to be supportive, quite another to be a subjected to daily torture of physical abuse from him after binge drinking and promiscuous escapades. Especially where the partner refuses to cooperate in seeking treatment. There’s also the proclivity to splurge away to glory (during mania or the ‘high’ phase). The already stressed family finances collapse because of such spending binges. Entire family savings have known to be frittered away in a matter of days. All in all, a heady cocktail of challenges!

Am I saying that a marriage with one who is mentally ill has little chance of stability?
On the contrary! It is heartening to learn how supportive the respective spouses have been to find solutions together. We at BipolarIndia have begun offline Peer Support meets and all the members happen to be married. The love and concern displayed by spouses of those affected reinforces my faith in human nature. Yes, love does conquer the toughest of hurdles. Possibly, although this might sound far-fetched, these couples have been drawn closer to each other. Doctors also emphasise on the importance of supportive relationships in the recovery process.

I too have battled Bipolar Disorder for fourteen long years and have resolved to make the happiness of my family as important as that of my own.
Here, I would like to share what made our marriage such a thriving relationship despite such odds:
1) Commitment to treatment, wellness and a focus on long term recovery. Far too often patients give up on treatment midway ‘because the medicines have side effects’. This sets back all the effort the family has put in to get things on track. Along with treatment, therapy, meditation, yoga and regular exercise help keep mind and body at peak fitness. If one is disciplined enough, recovery to normalcy is not far off.

2) Commitment to family, first and foremost. When one is determined to see it through in times rough and smooth, the path becomes one of jointly finding solutions rather than giving up on each other at the slightest sign of friction.

3) Creation of a sound financial plan that has the family’s long term interest as a focal point and strict adherence to it.

4) Abstinence from drugs and alcohol and of course, illicit sex, is another commitment one has to make.

5) Lastly, life is not about illness. It is about wellness and joy. Can’t we make time for our families by taking them out to the movies, to restaurants and on vacations?

That is the least we can do to say to our loved ones,
“Thank you for standing by me!”