Enquiring about her behavior I found the answers ranging from “Ma’am, she is like that only” to “Ma’am, there is some problem in her family..”, “ she does not speak…” etc.

Her existence in my class was always a distraction for me, not only in the flow of my teaching but it was always dragging me into my own past.

Allahabad University. B.Tech (Electronics and Telecommunication).Class of Microwave and Radar…renowned Dr. Malviya teaching us,  the budding electronics engineers,  and me sitting in the corner staring at him blankly. Not unlike a zombie under  influence of heavy drugs. Desperately wishing to find one corner in the world where I would not be asked to study, to compete, or do  anything. Yes, do nothing at all. A girl diagnosed of Bipolar Affective Disorder at 18 and continuing with the pain since then. That was me.

Now, it was like looking at my mirror image.

In the Staff room every time teachers discussed her as a hopeless case my heart ached. So I decided to talk. Not to her but to the entire class. Ignoring the advice of my family:
“You should not tell anybody about your illness in your college. It could cost you your job.”
I had a choice to make. I thought if I did not speak, it could cost a LIFE.

I therefore made up my mind to speak.

It was a late afternoon lecture and students were in no mood to study. So I just asked them would they like to hear a story rather than overloading their brain with software engineering. The answer was a resounding yes.

I began telling them about my personal story and my struggle, something they had never ever imagined. I started with my brilliant track record in studies, my extracurricular achievements and selection in various India level exams. Until life started slipping out of my hands. The entry of rally of psychiatrists, the heavy drugs… And my deadly suicide attempts… the way each member of my family suffered because of me ,yet stood by me. The extremely helping friends ,who used to cycle miles to reach my home to teach me so that I could pass the exam. How I got tenth position and best design award, that was altogether a different triumph for my friends. Apart from my family who were my strength: selfless, loving and caring. Finally it was time to tell them that I had gone through ECT. There was pin drop silence. My eyes were moist. Tears were flowing down the cheeks of the girls. Boys trying to hold back the same. A one hour class had stretched to more than two hours without our realizing it. Leaving them in that state, I came back to my staff room. Few minutes later Sneha was there in my cabin, sobbing, along with the “newfound” support group Ranjeeta, Rajeev, and few more students.

She told me about her broken family, her treatment in one of the hospitals in Shahdara and how helpless she felt. I simply asked her if she  would  like to get treated by the doctor who was treating me .She agreed meekly. I had to talk to her mother first, which I did .She was so vulnerable herself with her husband leaving her and living with some other woman. Finally she showed faith in me and said yes.

The very next day we were in my doctor’s clinic. She was diagnosed with clinical depression.  Her treatment started. Initially I accompanied her to the clinic.

Next few weeks passed with Sneha not showing up at college. Finally she started coming to the classes. Sneha used to sleep in class, with her head down .I asked students not to mind it. In free periods I asked Ranjeeta and Rajiv to make her sit in my staff room and teach her even if she was sleepy. So whatever she could hear in the class was repeated. We made her write the lectures with her shaking hands reemphasizing whatever we could.

Sitting there we would often laugh with her at her increasing weight and her over oiled hair. It was always nice to see her learn how to laugh at herself. Something I had taught myself to fight the ridicule a mental patient has to face. Sometimes I used to take Maggie for her just as a bribe to study with concentration.

Sneha started going to the clinic alone. It was a clear indication that she had understood her disease, and was ready to fight it without fear of stigma.

The next problem was to make other teachers understand her plight which was not an easy task for me. At times I had to beg for her attendance and sometimes for marks so that she could pass the internal exams at least. I made them keep the rule books aside and save a life. By God’s Grace she cleared her internal exams.

Final exams came and she appeared with preparation. When results were declared I had kept my fingers crossed .She had passed with good percentage.

From college placement cell, which I was heading as placement advisor, she could not get a job due to her back papers. Few months later she took up a job of software developer in a very small company.

One year later I saw her message in my message box that she wanted to meet me personally. She came with a box of sweets to tell that she has joined Nagarro, a very reputed Multi National company as quality Engineer. She hugged me and said “it is all because of you”. I had to remind her about the doctor who treated her she said yes ma’am I have not forgotten him “but it is you who took me to the Doctor’s”.

The actual care giver is still awaiting for his share of sweets…although I know that for him every patient successfully treated and integrated back in society is the sweetest gift. 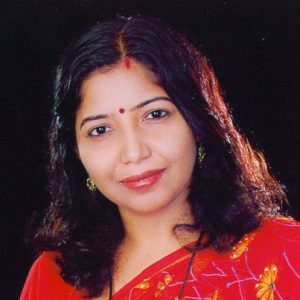 Tripti Mishra,
the author of this post, is Reader and Placement Advisor at Delhi Institute of Advanced Studies.
She dedicates this inspiring true story to all the compassionate doctors who have a heart like Dr. Philippe Pinel’s, the Psychiatrist who advocated the humane treatment of mentally ill.