Tread carefully, for this is uncharted territory. Indeed, managing Bipolar Disorder, while eminently doable, remains a challenge, as would have been apparent from my article on World Mental Health Day. It is a long, uphill climb which few have the wherewithal for. So, if we were to break it up in steps, how would the path unfold, from a layman’s perspective? The known enemy becomes easier to deal with than the unknown one. Only if I had the benefit of all this knowledge 15 years ago…

To me these steps are the important thresholds:

1) Diagnosis: Aha! That’s the essence of the problem. The lack of awareness about mental health issues is such that for anybody to spot symptoms of illness would probably be a matter of chance. Even our physicians (and counsellors) are not fully conversant about serious mental health threats. Bipolar Disorder is often misdiagnosed as clinical depression or schizophrenia. Just 7,000 psychiatrists in a country of 1.3 billion tells its own story.

The other issue is that even if a family member does suspect something seriously amiss, stigma and fear dissuade them from approaching the right professional, in this case a psychiatrist. Only when things get completely out of hand is action initiated.

2) Acceptance: While the psychiatrist identifies the condition, the second equally important part is acceptance- by the patient and family members. Recovery cannot begin without frankly acknowledging to oneself the harsh reality. This is a point of resistance and most live in denial, which is the easy way out. However, they also deny themselves the opportunity to heal. Counselling can help sort out a muddled mindset. 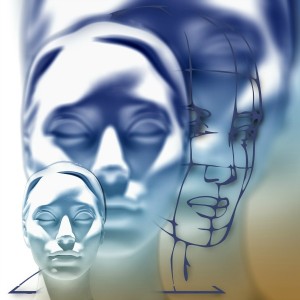 3) Cooperation: This is the next logical step. Now, I myself know, how troublesome and terrifying the initial days can be. The Psychiatrist is not a magician, the medication takes time to show results. And yes, the side effects can appear as daunting as the illness. This period is thus the decisive phase – hanging on, and trusting your doctor and therapist is of critical importance. One must resist the temptation to frequently swap doctors or experiment with medication.

4) Discipline: This is one of the major contributors to success in any sphere of life and it is no different here. On one hand the medications have troublesome side effects and on the other hand, what if you were told that you’d be stuck with them throughout your life? Also, Bipolar Disorder being the unpredictable condition that it is, the treatment stabilises moods with varying degrees of success. It takes a great deal of mental adjustments to accept this. Perseverance is the name of the game, no matter what the odds are. Adjustments in lifestyle are also necessary– abstinence from alcohol, drugs and adopting a nutritious diet.

5) Holistic Approach: A holistic approach to wellness is necessary to supplement traditional 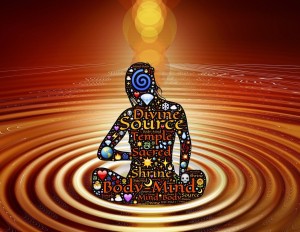 treatment, which has its own limitation. Yoga, exercise and especially meditation, if done regularly, have great benefits for overall health and especially the mind. Our ancient methods have always focused on alignment of mind, body and soul. Thus, they help the mind regain the much needed equanimity. Meditation has now been proven by science to have the incredible ability of rewiring the brain. In effect, it can actually help restore long-term wellness by rearranging neural pathways.

6) Recalibration: Very often one tends to forget that winning the battle against Bipolar Disorder is hardly the end goal. Isn’t there much more to life than just managing to remain sane? The method I adopted was simple: I had to be truthful to myself. I had to admit that the person pre-bipolar was no more than a memory. The hard truth was that my energy levels, my capacity to concentrate and focus had drastically reduced now. The magic was in realising that even within this highly restricted zone of functioning, I could do so much! We are all creatures with abundant potential. Challenges which stretch us the most also unleash our potential to the fullest. Pragmatism became my new trump card. As a psychologist wisely advised me, “Focus on what you can get done rather than what you can’t. There is no point in brooding about your limitations.”

7) Creative Energy: Throughout history, there has been a clearly established link between creative genius and mental illness, Bipolars in particular. Many great musicians, artists, writers and great thinkers were tormented souls. Did that stop them from etching themselves into history with their masterpieces? Can we take that as an inspiration that we are not lacking in any way? If you introspect, you’ll find that you too have a creative passion or skill which you probably have buried along with your childhood. Unwrap it, take to it with a new relish and see the difference. Writing and art, for instance, have therapeutic value. Dance therapy has also caught on in recent times. Ever since I took to writing in 2012, it set me free. A soul found its voice.

8) Rehabilitation: This is an area that is very rarely spoken about. Emotional havoc in the affected family is an obvious fallout. What people don’t realise is that Bipolar Disorder typically hits people when they are at their productivity peak- 25 to 45 years of age. If the breadwinner happens to be Bipolar, the family’s finances can be hit hard. One hears about projects to rehabilitate the physically handicapped. Ever heard of any rehabilitation initiative directed at the mentally ill? “Come on, that is not viable commercially.” Nothing is further from the truth. The challenge is to create an environment of understanding, care and flexibility. How about work from home, online careers? By giving serious intent, anything becomes achievable. I can think of Advertising, Media, Entertainment, Graphics/Animation, Communications, Publishing, Content creation as careers which are natural fits. Is anybody listening? How about a start-up dedicated to this cause? Now that’s what I would call CSR which has far reaching social impact.

9) Compassion: Compassion begins with oneself. The struggle to keep on track can steal the essence of life: living in the now. Rather than analysing too much, it might do us good to let go at times. I have also realised that people around a Bipolar person might feel that she/he is self-obsessed. This can be a natural outcome of the effort that a Bipolar puts in just to keep things going. It would do us good to take in the bigger picture. Life is not only about me and myself. I know how arduous the journey was and also that I never walked alone. Am I acknowledging my family’s care and concern adequately? They were with me in my most difficult moments. Are they part of my happier moments now?

10) Gratitude and outreach to community: I know for a fact that I am part of the miniscule few who get treated and know what recovery feels like. It fills me with gratitude as I have no doubt that I am the chosen one. For every hurdle God threw at me, He also reminded me with a smile that I have been empowered to deal with whatever comes my way. I doubt if I would have evolved so much as a human being without the journey I’ve been on. So, isn’t this enough reason to say, thank you? I did it by spreading the goodness through an outreach to my community. Reaching out to people using online platforms or through personal interactions have given me the greatest satisfaction. I am glad that I have this opportunity.

In the next article of this series, we shall look at the other side of the coin. What does it take to be happy?

Vijay Nallawala is the author of ‘A Bipolar’s Journey- From Torment to Fulfillment’. He also works as a Personal Branding and Digital Storytelling Coach and Blogger.

(This fortnightly column first appeared on DNA India Online~ thank you for amplifying my voice.)