From May 23, 2013 when this community site was born, to today..what an exhilarating journey it has been!! It does appear now that it has been longer than just 36 months. The initial year had been the nursery equivalent~ a baby feeling its way around, very tentative. What one would associate with a pioneer’s teething troubles! Support came in sporadically, if it did at all. The readership to what was initially a Blog format was essentially from overseas readers. This spoke well about the universal appeal of content posted here but I was unsatisfied because the core target was the Indian Bipolar & Depression afflicted community. That’s because, although suffering knows no boundaries, we in India have lived in a vacuum so far as mental health awareness is concerned.

Even interaction, which is so critical, with Indian readers was so thin that it was disheartening. Were we really making a dent in stigma? I invited medical professionals to come forward and contribute to the website as well as be available for Support via Skype for Counseling patients. The lack of interest by the fraternity was especially frustrating.

You might well be wondering, has it been a sob story? Not at all!
The Big Bang Breakthroughs~ 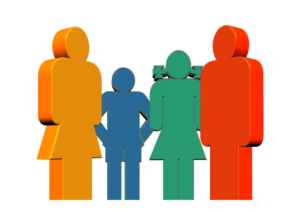 Peer Support Meets every Month~
Meeting people in person, soaking in their stories has built bonds. We now have members sharing tips about how to cope, deal with side effects and about holistic healing methods. ‘You are not alone’ is a balm for the soul. 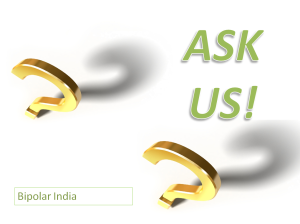 The stigma is such that people are scared to open up about their vulnerabilities in public. So, it began with a trickle of questions building into a stream of conversations. We have now dealt with many queries online as well as offline (via email)~ which was the basic premise of this community: to dispel ignorance and provide suitable information. Peers have contributed articles to the site, some have gone on bravely to share their stories! 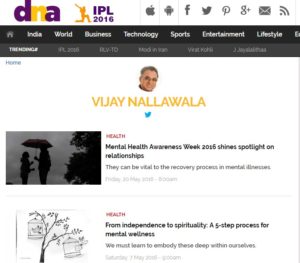 Columns on DNA India Web Edition~
One of India’s leading National daily newspaper, DNA India‘s web edition has been a fantastic platform for supporting Mental Health Awareness! My Fortnightly column on it (already published 16 articles), have been well received and have helped carry our voices to a vast, new audience. This too is the first and only such column, to my knowledge, on a National newspaper speaking up for Mental wellness. 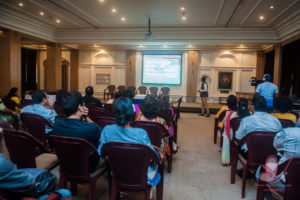 Our hugely successful Event (again a first) with participants from distant parts of the country attending it was evidence of the momentum we have gained. An Expert panel of thought leaders & medical professionals for the Panel discussion made the evening truly interactive. That we could fill up such an impressive, large auditorium on a working day was truly rewarding.

True 360° Support~
We are now on the verge of a revolutionary outreach to our community~ in an area, again, never addressed before. It struck me that although bipolar and depression affected are tremendously talented and creative, social stigma and the vagaries of their condition makes it very difficult to hold on to jobs. Why not create a platform where they can offer their skill sets on a freelance basis? Their clients could be from the corporate sector or small entrepreneurs or professionals. It could turn out to be a win-win situation for both ~ I therefore call this a bridge between prodigious talent and demand. Expect the launch of this Social startup in the next few weeks. Aptly, it goes by the name ‘Let’s Walk Together. org‘, which also happens to be this site’s tagline. 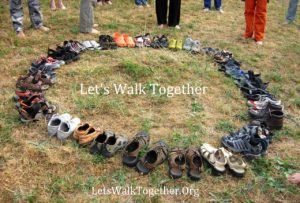 As you’d readily agree, we have made significant headway from those days spent learning in ‘nursery’. Longer strides in multiple directions. One glaring shortfall remains, that is in the area of advice/counseling support on the site itself. Two medical professionals have evinced keen interest in joining hands with us. And we welcome them to our fold~ await further developments on this.

My walk had been lonely in those early days…today, many walk with me.
So, Let’s Walk Together!

Much Gratitude to Key Contributors to our Community~
Puneet Bhatanagar who sensed the need of such an online community and set up this Website. He kept egging me on and made me believe in the times to come.

Jennifer Sertl, who has been mentoring mentored me during our formative process and as I wrote the Book~ read her soul-stirring Foreword to it!